skip to main | skip to sidebar

The meeting theme "Chain Reaction" illustrates the network itself, the way it works and functions, correlates and interacts. The Upgrade!International started as a creative spark that gradually grew into an international group of nodes influencing each other continually through permanent communication. The meeting gathers Upgrade! nodes into one core event in Macedonia and will hopefully cause a positive chain reaction. Upgrade! network gathers annually or bi-annually, each time in a different city for a festival by artists who participated in the Upgrade! meetings around the world.

"Chain reaction" was initiated by 5 partner nodes (Upgrade! Belgrade, Upgrade! Berlin - Public Art Lab, Upgrade! Sofia – InterSpace, Upgrade! Istanbul – NOMAD and Upgrade! Skopje - Line Initiative and Movement) that are responsible for the main coordination and communication of the project with other nodes from the network.

The outcome of the meeting is a 4 day festival with various activities that are created by common effort of the Upgrade! International nodes. On this occasion 50 international artists, curators, and arts producers will gather in Skopje to meet, present art projects and further develop the network. The artistic program of this project is rich, diverse and presents the latest developments of the new media scene on international level.

These events will take place in different cultural spaces in the city centre. The vibrancy created by having the event happening throughout the city also serves to increase the opportunity for dialogue and place-making, letting the city and its people become part of the festival.

One major aim of the Upgrade! International 2008 meeting is to establish new forms of cultural exchange among the neighbouring countries in the Balkans. The partner nodes in the Balkans are working to show that culture continues to be a powerful force for regional cooperation. The nodes have already hosted smaller exchanges amongst themselves and have worked in a peer-to-peer mentorship capacity to help start and support new nodes in the area. This cooperation has allowed the organizers and local participants to foster a sense of confidence and unique identity amongst new media practitioners internationally. Due to our limited opportunities for mobility and cultural activism on a European and international level, the meeting in Skopje will be of great importance for the region. It's an outstanding opportunity for many of the local cultural operators, artists, and curators to increase their knowledge and experiences and to share their expertise with others. Hosting the international meeting in Skopje in partnership with neighbouring nodes is a step forward towards creating ongoing cultural linkages in the Balkans.
The project is supported by

Upgrade! is an international, emerging network of autonomous nodes united by art, technology, and a commitment to bridging cultural divides. Its decentralized, non-hierarchical structure ensures that Upgrade! (i) operates according to local interests and their available resources; and (ii) reflects current creative engagement with cutting edge technologies. While individual nodes present new media projects, engage in informal critique, and foster dialogue and collaboration between individual artists, Upgrade! International functions as an online, global network that gathers annually in different cities to meet one another, showcase local art, and work on the agenda for the following year.

Upgrade! New York partnered with Eyebeam in March 2000.
The first and the second Upgrade! International gatherings have taken place in the United States in 2005th and 2006th. After this experience, some members of the network expressed their wish to get familiar with other countries, artistic contexts and realities of Upgrade! members.
Upgrade! Skopje hosted by Line initiative and movement, received the network’s support to organize and host the 3rd international gathering in Skopje, Macedonia, between 11th and 14th September 2008.

By processing the 3rd Upgrade! International meeting theme "Chain Reaction", the screening program has a special focus on the production modes of the Upgrade! network. Curators and artists from all over the network were invited to introduce topics and forms of production, most predominantly, animation. Subsequently, the selected works demonstrate a variety of interests, fields of research, methodologies, diverse ideologies and politics that the Upgrade! network inhabits. Additionally, two guest curators, Gabi Ngcobo from Cape Town and Negar Tahsili from Tehran contributed to the screening program with the intent to expand the geographic boundaries of the network.

The program consists of 6 sessions: Stories, Places, Traces, Reactions, Actions, and Protocols. Each session brings together similar experiences and parallel stories, critical and significant cases as well as mundane realities of life.

Application Procedure
- Interested artists should either mail their videos to the address of the organization.
- The videos should be in DVD format.
- The works of artists, who fail to send their CVs and some sort of short introductory text about and high resolution images of their videos, will not be exhibited.
- Those, who wish to contribute with a live performance or an installation, should prepare a document that explains their projects in detail and states the technical or other necessities. 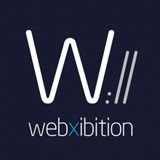